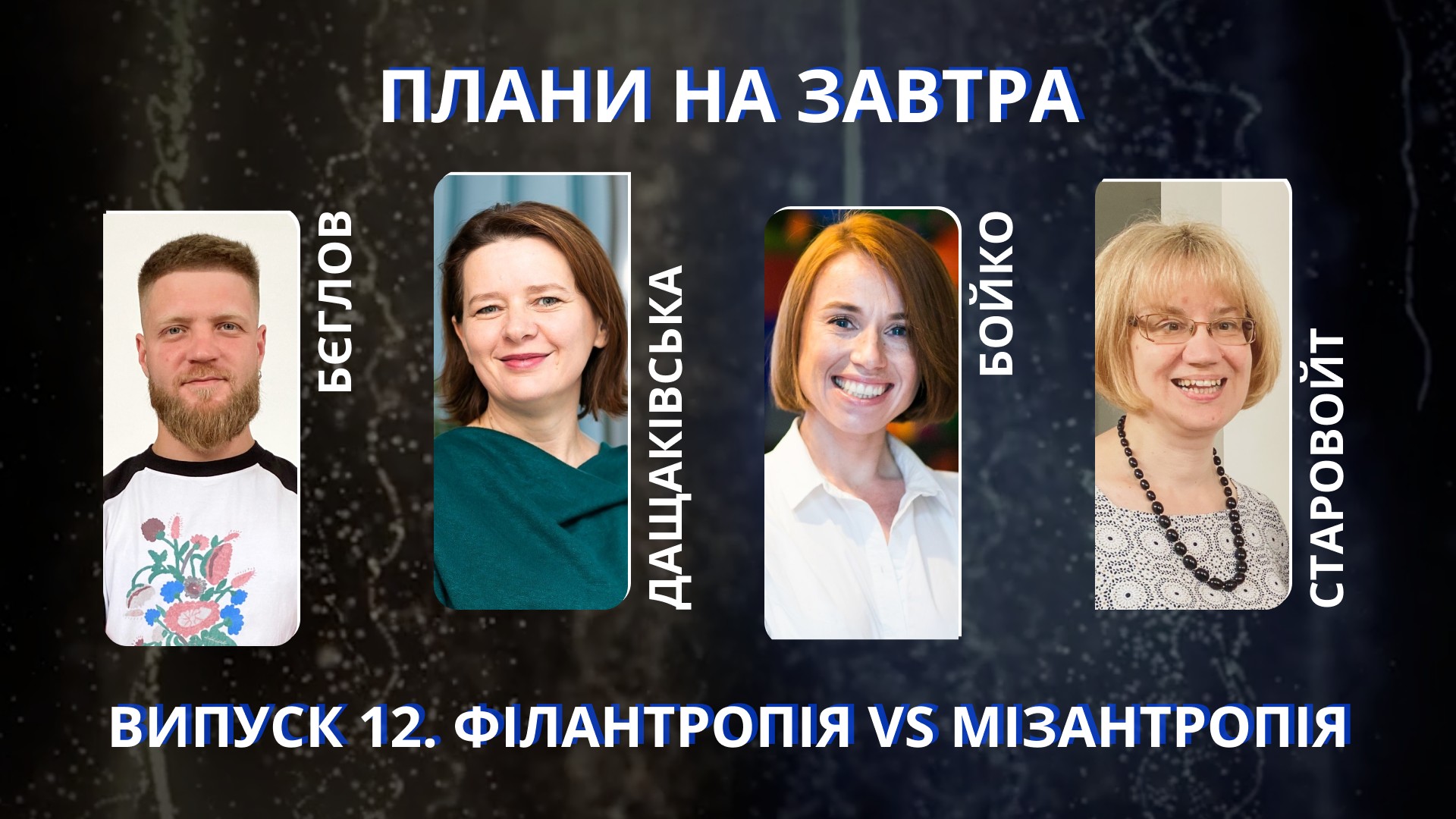 Conversation About Philanthropy and Charity

"Plans for Tomorrow" is a series of discussion programs about the challenges and opportunities that will come to the fore in Ukraine immediately after defeating the enemy. This week, in the Lviv bomb depot, we had a talk with the director of ZMIN about philanthropy and charity, about the culture of art patronage in Ukraine and in the world, as well as about how philanthropy has changed Ukraine in 30 years and what the focus should be in the future.

Participants in the conversation

The “Plans for Tomorrow” highlights the issues that will arise (and are already emerging) in Ukrainian society because, as in the case of the Master Plan for the Rehabilitation of Warsaw, the rapid rebuilding process directly depends on how early you start working on it (the new Master Plan for the Rehabilitation of Warsaw appeared within a year after the end of the Second World War — in 1946. However, about 1,500 architects and engineers began to think about rebuilding the Polish capital as early as during the war).

What issues might Ukrainian society face? How do you work with commemoration after the victory? How to ensure zero tolerance for corruption? How to treat the collective post-traumatic syndrome? What shall the architecture be during the reconstruction of Ukrainian cities destroyed by russia?

These questions, among others, are contemplated by Volodymyr Byehlov, Director of America House Lviv, and Iryna Starovoit, Candidate of Philology and a UCU lecturer, together with the guest Ukrainian experts from various fields: from economics to architecture, from the anti-corruption effort to the protection of human rights, from geopolitics to education and science. Two guests during each discussion will also present the topic from two different or opposite perspectives: the seasoned discussant and the budding conversant, at the beginning of their journey; a lecturer and a student; local and global perspectives.

TO-MY is a space for discussion and a community founded by Iryna Starovoyt and Volodymyr Byehlov.

The first project is a series of programs "Plans for Tomorrow".

The project is implemented in partnership with the Institute of Culture Strategy.