Memory wars - Memory of the war

The interdisciplinary field of “memory studies” includes a phenomenon defined by researchers as “wars of memory.” It is about the contested interpretations of historical events and the rivalry of the correctness of narratives.
The wars of memories have been raging between Ukraine and russia for at least 30 years: it is the Soviet Union and its legacy; the Second World War vs the Great Patriotic war, and the Kyivan Rus as a more encompassing phenomenon.
The attitudes are aggravated by the fact that it is the memory about traumatic events, genocides, and crimes against humanity where one of the actors is the perpetrator who does not admit their fault but rather legitimizes the tyrant figure, conceals the crimes of the regime, and punishes anyone who tries to find and empower memory.
Collective traumas require processing which can only be possible under the democratization of society. Unlike russia, Ukraine took the road of responsible remembering. It can also be confirmed by the internal discussions about what and how to remember, the multiplicity of narratives, the multiple memory actors and agents.
it may be claimed that russia lost the metaphorical war for memory as they started the actual war that turned full scale on February, 24, 2022. russian invasion into Ukraine in 2014 contributed to the alienation from the narrative of russia and censored memory.

It is obvious that the memory of the russian-Ukrainian war must be cultivated and built, each person’s story must be told, the names must be carved in stone, a new language and methods of remembering must be found.

Healthy remembrance is about the possibility to produce unofficial narratives and alternative forms that interact, combine, or supplement the official line of narration.

One of the most obvious official ways of remembering is to have the days of remembrance.In 2019, the President of Ukraine, Volodymyr Zelensky, established the Day of Remembrance for Defenders of Ukraine who perished in the fight for independence, sovereignty, and territorial integrity of Ukraine. The date commemorates the day of withdrawal from the encirclement in Ilovaysk on August, 29, 2014, the day of major losses of the Ukrainian army in Donbass at that time.Another commemorative act initiated during the full-scale war, on March, 16, 2022, was to introduce the national Moment of Silence to pay tribute to the people killed in the armed aggression inflicted by the russian federation. the Moment of Silence is observed every day at 9 am.

In 2020, the team of Arts&Rights launched a project on “What it Means to Remember” to explore how memory about the killed people in the russian-Ukrainian war affects us, and how it can be best preserved. In 2021, the project continued with the UCF support.
The project objective is to coordinate all public authorities engaged in the development and implementation of memory policy, to create an opportunity for them to discuss all aspects of this work, and to work together to find solutions.
According to the project initiator, Oksana Ivantsiv, the idea was born from the urge to talk through the trauma the war inflicts on the society. The goal is to transform the pain brought by the war into the resource that helps realize the meaning of public identity.

‍
Creative agency Plai Büro was acknowledged with an international award Red Dot: Best of the Best for the project branding. It is the annual award in design assigned by the Design Center Institute from the North Rhine.

“We chose a sunflower for a logo, as it is the official symbol of the Day of Remembrance for Defenders of Ukraine. With the help of Fermat’s spiral, we transformed the sunflower into a dynamic image where the seeds resemble of the bullet openings,” – explains Milena Babina, the project’s art director.

The survey conducted by the Info Sapiens agency found that Ukrainians believe that films offer the best way to commemorate the memory and rethink the war experiences.Next follow the material objects impersonating the memory, such as monuments and memorial plaques.

Find the selection of films about the russian-Ukrainian war at Tyktor Media.

Literature helps actualize memories and promotes narrativization of trauma, it allows others to get closer to individual memories and grow cultural memory.during the eight years of the war, Ukrainian literature has been enriched with new texts from combatants, eye-witnesses, and eye-witnesses of eye-witnesses. They search for the adequate forms to tell about the extreme experiences.For combatants, writing is “an attempt to bring truth to the people, and therapy, and most importantly, the opportunity not to forget,” - believes Hanna Skorina, a blogger, an independent researcher of literature about the russian-Ukrainian war, author of the project on #books about the war, where she catalogues and systematizes texts, and attempts at analytics.The full-scale war stirred the muses: the portal Poetry of the Free has uploaded over 20,000 poems now, news texts are produced, new initiatives are born.Among others, there is a project War Dictionary that records new senses of words.

‍
“While in Nazi-occupied Warsaw in 1943, the Polish poet Czeslaw Milosz wrote a cycle of poems “The World: Naïve Poems.” Most of them are interpretations of some simple words, such as “Anxiety,” “Love,” “Hope,” “The Gate,” “The Porch,” “The Road,” etc. Because war changes the meanings of words. Some meanings get blunt and need to be sharpened like a knife with a sharpening stone. Other meanings, on the contrary, become so sharp one finds it hard to look at. Some words wither away and fall off. Some words re-emerge from the past and re-gain their meanings and significance. I will try to compile the glossary of war. It is not going to be about poems or texts authored by me. They will all be fragments of somebody else’s monologues that I heard and will probably continue to hear during these hard days,” – Ostap Slyvynsky, project initiator.

Director of the Ukrainian Institute of National Memory, Anton Drobovych, said that “there are three key principles of museumification of the russian-Ukrainian war. The first is about the awareness that the war continues, thus, any display will be unfinished.  The second principle is that the goal of the museumification of war is the historical truth about the difficult and burning history. The third aspect is that any museum exhibition to be created may be used as the basis of transitional justice.” A museum will certainly also contribute to the process of remembering and commemoration.

According to the study  “Policies and Practices of Commemorating the Killed in Combat in the russian-Ukrainian war in the East of Ukraine,” one of the most debatable elements of the entire commemoration complex for the people killed in the russian-Ukrainian war is the memory in public spaces. The public request is to erect the monument in regular forms and from the regular material (dark stone, laser engraving, portrait images; sculptural forms such as angels, wings, swords, etc.). On the other hand, the experts highlight the traumatic impact of this aesthetics. However, in the time of the ongoing war, there is a consensus: even the dialogue about what monuments should be like is an important way of memorialization.According to the Ministry for Veterans, as of January, 1, 2020, there were 3,287 memorial plaques in cities and villages all over Ukraine.

Memorial SiteIt is located at the premises of the Ministry of Defense of Ukraine to commemorate the perished members of the Armed Forces of Ukraine, other Ukrainian members of the military and law-enforcement, as well as volunteer combatants killed in the fight for Ukraine.

Every day, the memorial performs the ritual to call the names of the warriors killed on that day, starting from 1992, in the fights for Ukraine or in the peacekeeping missions.

One of the ways of commemoration is to practice action memory.
In particular, Ukraine has developed the tradition for the military to take to school the children of the killed brothers in arms. In 2020, in Ternopil, a brother in arms of Mykola Rusnak who was killed in combat in Donbass took his daughter to her first day in school. In Mykolayiv, the members of the military accompanied to school a son of a marine Yuriy Zahrebelnyi killed in 2014. They saluted him under the command “Stand to attention! Eyes on the marine’s son!” Following that, they gave to him his school bag with the school staff.
These kinds of empathic and sensitive memory gestures have a much stronger impact. They demonstrate a living dense memory.

Another option was to establish a scholarship in the name of a hero to motivate others continue their cause. It is the soft memory. In fact, it is grand since it is about values.
Today, online platforms are inclusive and efficient. One of the many platforms focuses on inclusion of each person’s story into the online memorial to preserve the memory of the perished civilians killed by Russian occupiers.

‍
"There is a life story behind each person, as well as friends and family who saw the entire world in the killed person.
We need to show to Europe, to global community, and to russians that the russian army kill the innocent great people, and the russian government are lying,” Yuliya Tupichenko, the Memorial coordinator.

By creating the network of memory sites, such as material, functional, andsymbolic; by stimulating personal memories that acquire a national scale throughculture and gain social relevance, by cultivating our memory we grow up andbuild our own mature cultural memory. 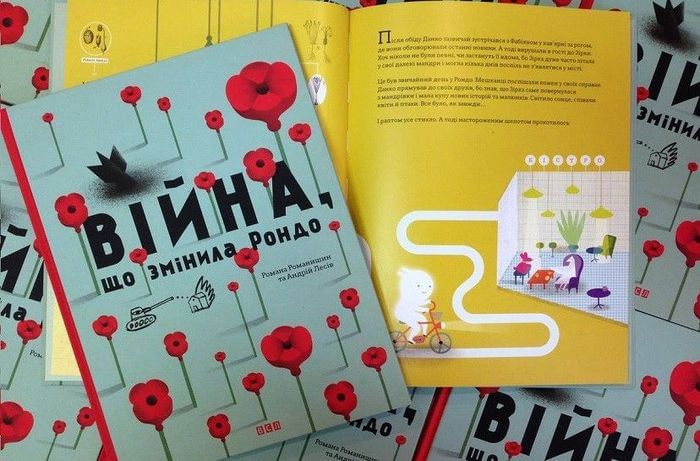 Books in Ukrainian for Displaced Children 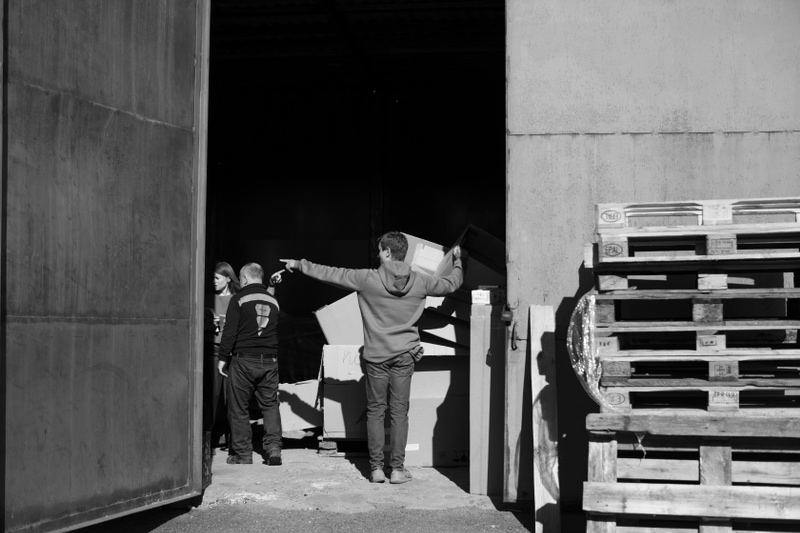 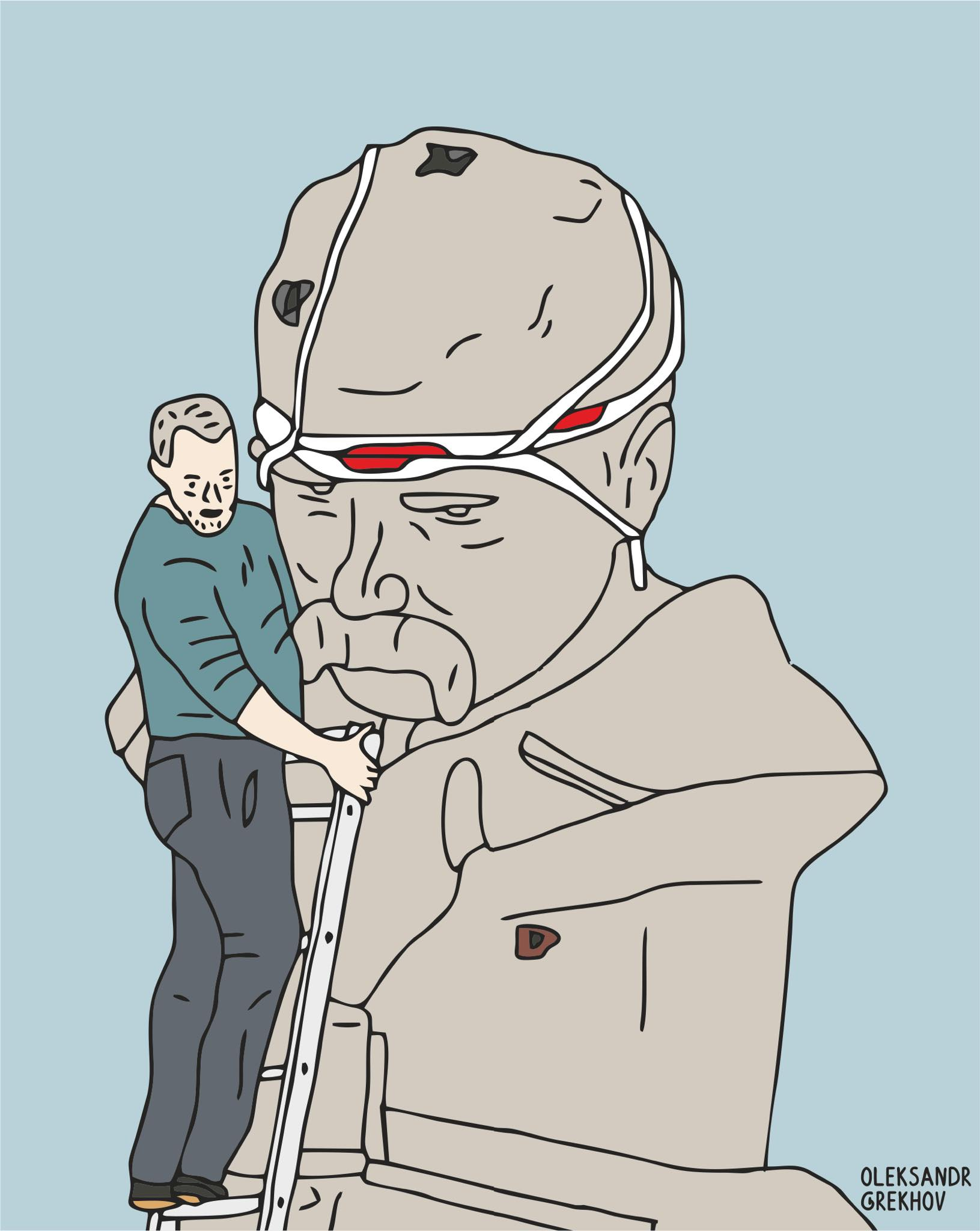